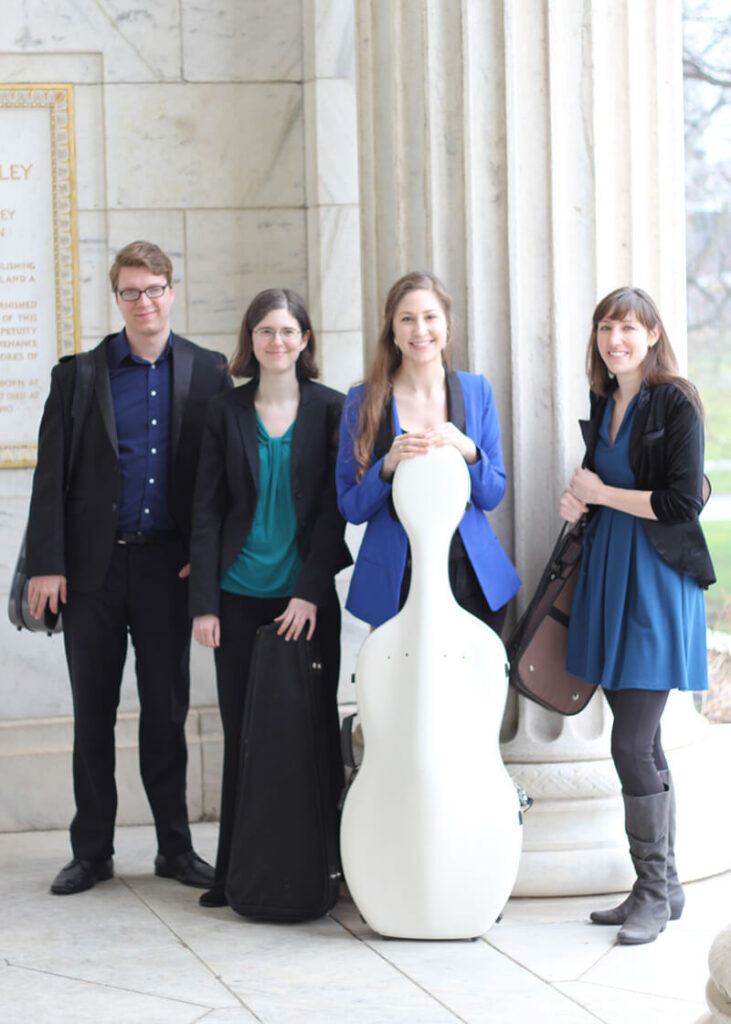 The North Coast String Quartet is one of the most sought after Cleveland based ensembles for wedding ceremony music, corporate events, and parties.  The group performs both classical music as well as original arrangements of popular non-classical songs, bringing a level of artistry and professionalism that your guests are sure to notice.

Get a quote
“The Northcoast Quartet was amazing! They preformed beautifully and our guests were super happy with everything! I would definitely recommend this group of talented musicians for your event!” 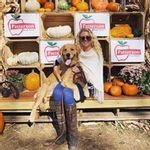 Violinist, Stefanie Schore, a native of Northern California, attended the Interlochen Academy for the Arts before going on to completing her Undergraduate Degrees in Violin Methodology and Violin Performance at the Staatliche Hochschule für Musik, Germany. During her studies she also taught and performed with the Südwestdeutsche Philharmonie Konstanz and served as Concertmaster of the Konzerthaus Orchester Trossingen.  Before beginning her final year of study, Stefanie won a one-year contract with the Frankfurter Opern und Museums Orchester where she had the opportunity to collaborate with acclaimed conductors and artists, including Daniel Barenboim, Christian Tezlaff, Kirill Petrenko, Bertrand de Billy and Nicola Luisoti.

Stefanie returned to the States to pursue her Masters in Music at the Cleveland Institute of Music, where she studied with both William Preucil and Ivan Zenaty. In the summer of 2014 Stefanie attended the Brevard Music Festival, serving as Concertmaster of the Sinfonia Orchestra and as assistant concertmaster to both William Preucil and Noah Bendix-Balgley in the Brevard Music Center Orchestra. Stefanie is now a violinist in the Akron, Youngstown and Firelands Symphonies, City Music Cleveland Chamber Orchestra and holds the position of principal 2nd violin for the Cleveland Opera Theater Company. 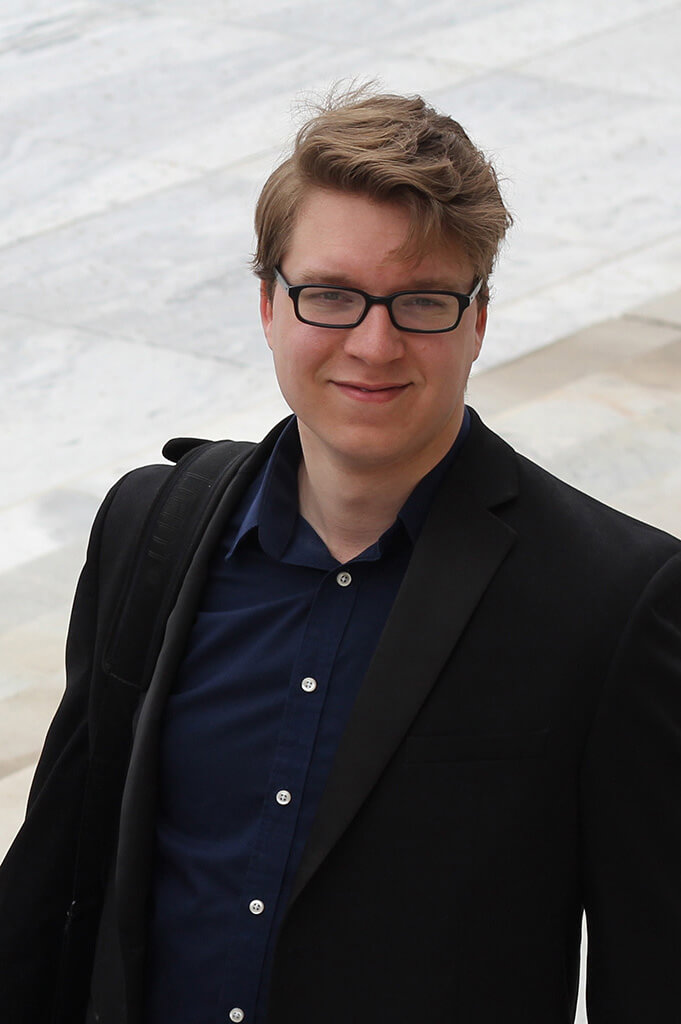 Originally from Olympia, Washington, Dillon Welch completed his Masters in Violin Performance at the Cleveland Institute of Music in 2016 where he studied with William Preucil, after received his Bachelors from the University of Texas at Austin in 2014.  Mr. Welch is an active violinist in the Northeast Ohio area, where he is a member of the Akron and Canton Symphonies, as well as the Firelands Symphony in Sandusky. Additionally, he is a substitute with the Rochester (NY) Philharmonic. Besides Mr. Preucil, his teachers include Brian Lewis, Simon James, and members of the Miro and Cavani String Quartets.

Violist, Sara Ordóñez, currently performs regularly with the Canton and Akron Symphonies, and has performed with the New World Symphony in Miami, Florida.  She holds both a Bachelor’s degree and a Master’s degree from The Julliard School in New York where she studied with Heidi Castleman, Hsin-Yun Huang, and Michael Tree.  She has also studied extensively with Robert Vernon at the Cleveland Institute of Music.  Sara has participated in various summer festivals, including the Perlman Music Program, Heifetz Institute, and Aspen Music Festival.  She has performed with the Orpheus Chamber Orchestra and has participated in recordings for the Sony label with artists such as Itzhak Perlman and Placido Domingo. 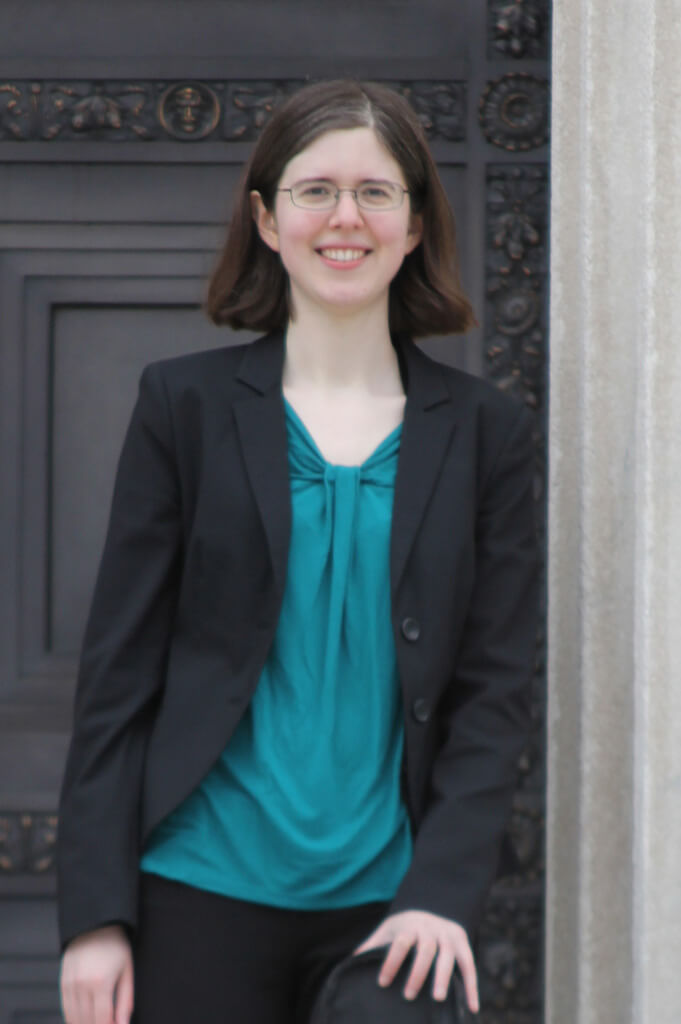 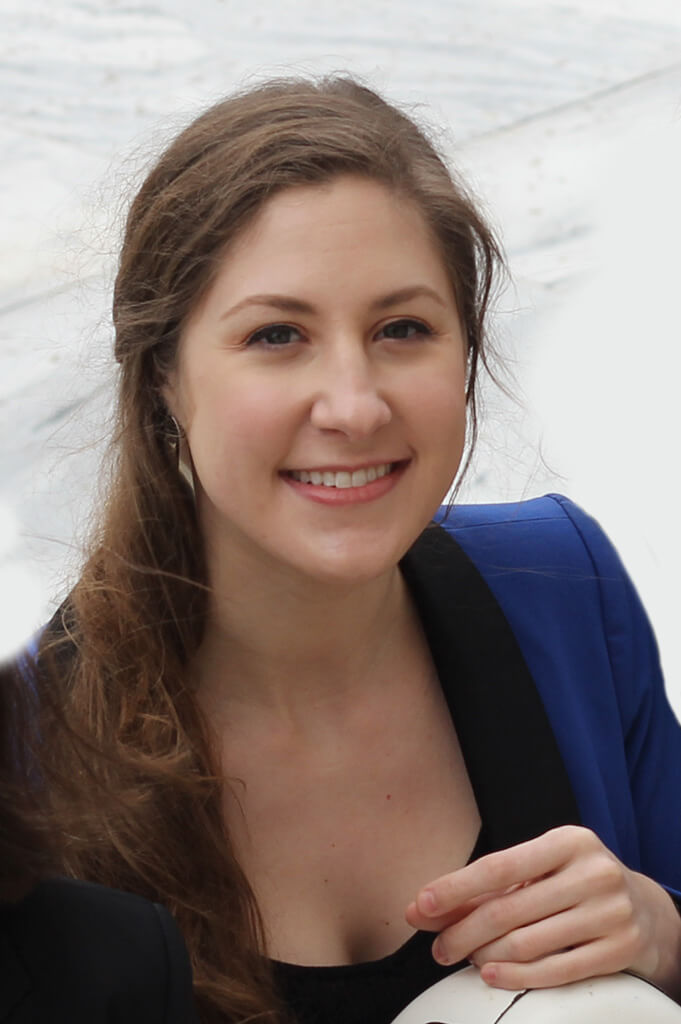 Cellist, Zoë Moskalew, a native of Muncie, Indiana, completed her Bachelors and Masters degrees in Music Performance with Stephen Balderston at the DePaul University School of Music and while in Chicago, was also a member of the Civic Orchestra of Chicago. Zoë then pursued further musical studies at the Cleveland Institute of Music, earning a Professional Studies Diploma under the tutelage of Stephen Geber.  An avid orchestral performer, Zoë has performed in the Chautauqua Music Festival, Kent/Blossom Music Festival, AIMS Festival in Graz, Austria, National Repertory Orchestra, Breckenridge Music Festival in Breckenridge, Colorado, and most recently as a member of the Spoleto Festival Orchestra in Charleston, SC.  She is a member of both the Canton Symphony Orchestra and West Virginia Symphony Orchestra and has also performed with the Akron Symphony and the Erie Philharmonic Orchestra.